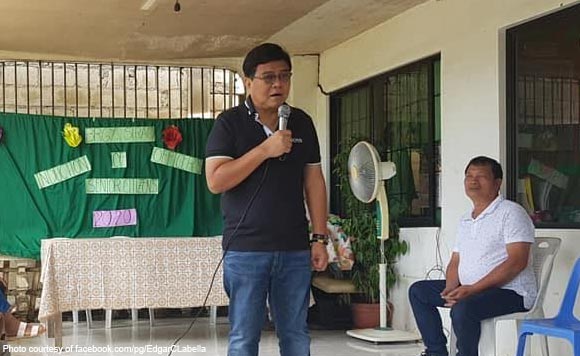 0 422
Share
Want more POLITIKO News? Get the latest newsfeed here. We publish dozens and dozens of politics-only news stories every hour. Click here to get to know more about your politiko - from trivial to crucial. it's our commitment to tell their stories. We follow your favorite POLITIKO like they are rockstars. If you are the politiko, always remember, your side is always our story. Read more. Find out more. Get the latest news here before it spreads on social media. Follow and bookmark this link. https://goo.gl/SvY8Kr

Mayor Edgardo Labella has ordered a ban on pork coming from Mindanao in an effort to prevent the entry of the African swine fever (ASF) virus in Cebu City.

Labella issued Executive Order (EO) 44 series of 2020 “banning the entry of live hogs, and pork products and byproducts from Mindanao into Cebu City for a period of 60 days.”

The Department of Agriculture has confirmed that ASF has reached certain areas in Mindanao, including Davao Region where thousands of hogs died because of the disease. (https://bit.ly/2SVxQrF)

“I am issuing an Executive Order to prevent pork/meat from Mindanao to enter Cebu City jurisdiction. Now since there is a problem there in Davao, so better include all from Mindanao, anyway we have enough pork/meat in the city. There is no problem,” said Labella.

The EO stressed the need for the city government to prevent the entry of the ASF virus into the city and province, noting that Cebu is the fourth pork producer in the country with an estimated P11 billion annual contribution to the country’s agriculture industry.

“We have enough hogs in the city. What is paramount is the health of our people in the city, and of course our pork/meat here,” the city mayor said.