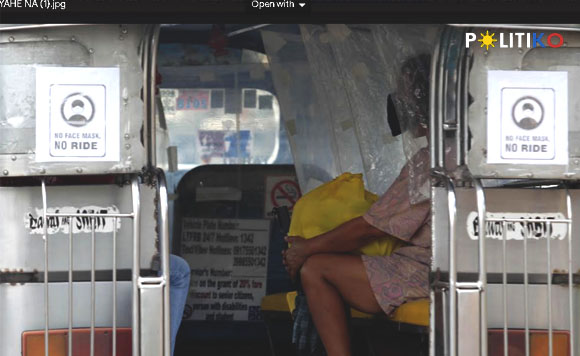 Cebu City is asking the Department of Transportation (DOTr) and the Land Transportation Franchising and Regulatory Board (LTFRB) to allow public utility jeepneys to resume operations.

The buses deployed cannot accommodate commuters and many of those returning to work have been stranded, according to Mayor Edgardo Labella.

“That’s why we will send an appeal to LTFRB and the Department of Transportation to allow jeepneys to operate. We can make it gradual pacing to avoid crowding; our jeepney operators in the city will cooperate,” added Labella.

Aside from the jeepneys, the city mayor also asked DOTr anew to reconsider the “No Backrider Policy” for those using motorcycles and traveling with immediate family members. (https://bit.ly/2ADzUib)

He said it is clear in the executive order Labella issued at the start of the GCQ period that the city allows jeepneys to operate, however, they can only do so with a special permit or authority from LTFRB.

“This is because we are still under quarantine. We make our own decisions when the quarantine is lifted but for as long as we are under quarantine, we have to follow the guidelines from the Inter-Agency Task Force and the guideline say no jeep can travel unless given a special permit or authority from LTFRB,” Gealon explained.

Based on Labella’s Executive Order No. 79, all forms of public transportation in Cebu City, including jeepneys, are allowed and shall be exempt from the Number Coding Scheme, but with reduced operating capacity.