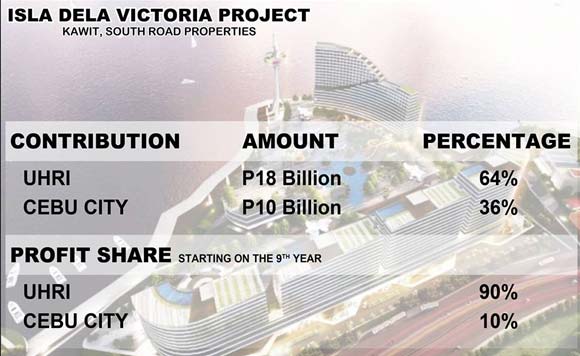 The city is on the losing end of the bargain, he said.

In his eyes, it was an unfair deal: The Gokongweis will invest P18 billion and the Cebu City government will match it with P10 billion, but the profit sharing scheme is at 90-10% by the ninth year of the contract.

He denied Mayor Tommy Osmeña’s accusations that he walked out of the council session. Instead, he called him a “spoiled brat” and even accused him of having something to gain from the lopsided agreement.

“When Mr. Osmeña accuses me of blocking the Isla dela Victoria Project (Kawit deal), I take it as a compliment because I have the best interest of Cebu City in my heart and mind. Unlike him, I have no personal interest in the Kawit deal,” he added.

Which side are you on?