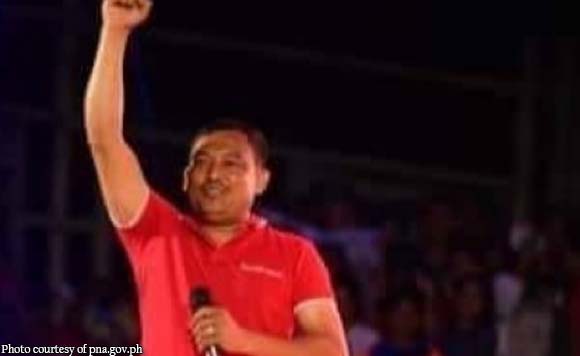 0 548
Share
Want more POLITIKO News? Get the latest newsfeed here. We publish dozens and dozens of politics-only news stories every hour. Click here to get to know more about your politiko - from trivial to crucial. it's our commitment to tell their stories. We follow your favorite POLITIKO like they are rockstars. If you are the politiko, always remember, your side is always our story. Read more. Find out more. Get the latest news here before it spreads on social media. Follow and bookmark this link. https://goo.gl/SvY8Kr

DAVAO CITY — New Davao del Norte Governor Edwin Jubahib has reminded the heads of provincial government offices to be “client-accommodating” to be able to provide basic services needed by the people.

He said he expected government employees to demonstrate the attitude of a “servant” when attending to clients and refrain from appearing as the “boss” in government offices.

“If somebody is asking for help, we need to assist them. If the people need my help, they can directly approach me,” he added.

The governor reiterated his agenda during a meeting with the heads of various national government agencies in the province on Friday.

His priorities are: the one-stop shop services of the two congressional offices in the province at the Provincial Capitol; “bayanihan” system in resolving the concerns and problems of the local government units; creation of the Task Force Davao del Norte; health and social services, infrastructure development, trade and investments; education and sports; agricultural development; tourism development; and livelihood and job generation.

Jubahib, who is popularly known as “Kuya Gov”, kept his vow of realizing the “no balance” or “zero billing” policy for Dabaonon patients in all the three provincial hospitals of Davao del Norte, including the Davao Regional Medical Center in Tagum City and the Southern Philippines Medical Center (SPMC) here.

A statement sent by the provincial information office said Jubahib loaned over PHP2 million from his personal funds to cover immediate requirements, including the purchase of medicines and medical supplies, pending the release of funds for the purpose.

“Those who need help must be given immediate and preferential attention,” the governor stressed.
(PNA)