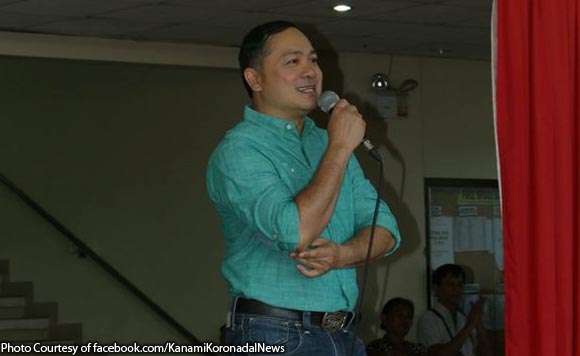 To prevent needless firecracker casualties this New Year’s Eve, Koronadal Mayor Peter Miguel said the city government is planning to hold community fireworks display in all 27 barangays of the locality.

And in support of this proposal, the politiko said he is now raising funds needed to facilitate the above-mentioned initiatives in barangay areas and plazas in Koronadal on New Year’s Eve.

He said the move is in response to the Department of Health’s (DOH) calls for staging of community fireworks displays as alternative to the usual firecracker-filled holiday revelries.

“We want our residents to experience a more festive but safer New Year celebration,” Miguel said.

The Koronadal mayor said the planned activity is also an offshoot of the successful grand fireworks display organized by the city government for New Year’s Eve celebration in 2015.

Thousands of residents witnessed the fireworks display, which was held at the center of the city’s down town area.

With the holding of community fireworks display, Miguel hopes that the use of firecrackers in local households would be reduced.

DOH-12 formally launched at the Koronadal City hall late Monday afternoon its “Iwas Paputok” campaign for this year that mainly focuses on the promotion of community fireworks displays.

Region 12 was chosen by DOH as pilot site in Mindanao and one of the five in the country for the formal launching of the campaign, which is dubbed “Oplan: Iwas Paputok, Fireworks Display and Patok!.”

“We’re targeting to have zero injuries for the coming New Year and Christmas celebrations,” Miguel said.