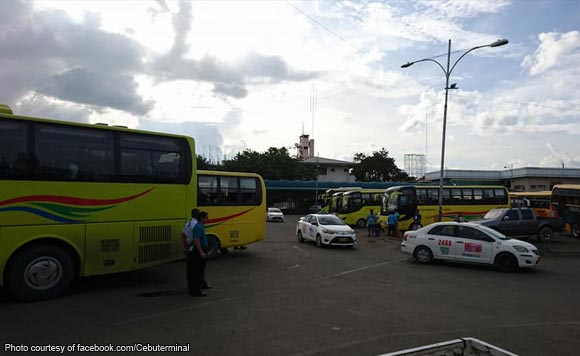 Jonathan Tumulak, CSBT operations manager, in an interview, said the two top executives of the province arrived together with other Cebu Capitol officials past 11:00 a.m. to check the situation, especially that of the travelers.

Tumulak said Davide and Magpale toured the passengers’ lounge and exchanged pleasantries with some of the outbound passengers. The Capitol officials also inspected the comfort rooms inside the CSBT compound.

The CSBT manager said the governor and vice governor were very much impressed with the improvements at the terminal.

“I am happy that both the governor and vice governor appreciated the improvements we’ve accomplished in the terminal, especially our efforts to keep the CSBT clean and orderly,” Tumulak told the Philippine News Agency in Cebuano.

The Capitol is also set to put up a VIP Room for local and foreign tourists inside the provincial government-ran terminal.

Tumulak said construction of the VIP Room will begin right after the May 13 mid-term elections.

Although he could not give an estimate on the number of passengers who flocked to the CSBT since Wednesday morning, Tumulak said he expects a bigger influx of out-of-towners late Wednesday afternoon after office hours.

He advised homeward bound passengers to travel light and avoid bringing heavy luggages for their own convenience. (PNA)