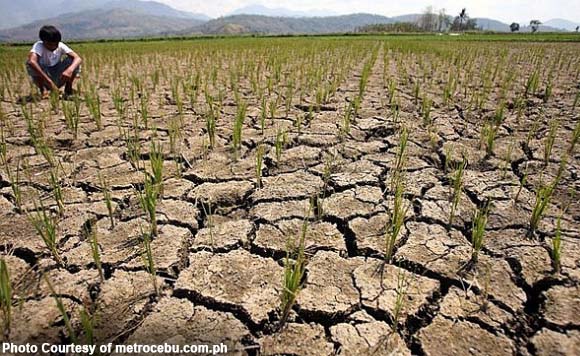 0 630
Share
Want more POLITIKO News? Get the latest newsfeed here. We publish dozens and dozens of politics-only news stories every hour. Click here to get to know more about your politiko - from trivial to crucial. it's our commitment to tell their stories. We follow your favorite POLITIKO like they are rockstars. If you are the politiko, always remember, your side is always our story. Read more. Find out more. Get the latest news here before it spreads on social media. Follow and bookmark this link. https://goo.gl/SvY8Kr

Despite the “boycott” of some councilors, the Iloilo City council on Friday declared a state of calamity due to the prolonged dry spell caused by El Nino.

Eight councilors at the session approved the resolution as requested by reelectionist Mayor Jose Espinosa III.

These councilors from the Uswag faction had been absent at the session last Tuesday, which led to a lack of quorum and delayed the passage of the resolution (https://thedailyguardian.net/local-news/what-calamity-let-us-spare-peoples-money-uswag-councilors-declare/).

Had the resolution been passed Tuesday, the administration under Espinosa – who is running for reelection this May – would have had access to over P100 million in calamity funds.

City council social welfare and disaster committee chairperson Love Baronda also maintained there is no state of calamity in the city.

Baronda said the situation in the city fails to meet the five conditions of the National Disaster Risk Reduction Management Council for a declaration of a state of calamity. These include:

Baronda also cited the report of City Agriculturist Romulo Pangantihon that out of some 800 hectares classified as agricultural land in the city, only 18.5 hectares in Barangays Lanit and Tacas were affected by the drought.

She added the Metro Iloilo Water District, the local supplier of potable water, has not declared any water crisis.

Besides, she said the city government has enough money in its trust funds which can be used to ferry water to those in need.

For his part, Vice Mayor Jeffrey Ganzon, the presiding officer, said he was absent last Tuesday because he was attending to personal matters.

Ganzon lamented the councilors’ effort to protect the city coffers were grossly misinterpreted.

For his part, City Councilor Ely Estante was officially on sick leave last Tuesday but supported his group’s sentiments in preventing the abuse of people’s money.

“I actually sacrificed my perfect attendance record since I became councilor in 2004,” he said. “But if it is necessary to protect people’s money, so be it.”

Liga ng mga Barangay President and ex-officio councilor Irene Ong said she suffered from a bum stomach last Tuesday, but said barangay captains may have been misled into declaring that they were affected by the drought.

Councilor Jay Trenas said they boycotted the session because they do not want to get railroaded.

Sangguniang Kabataan President and ex-officio councilor Leila Luntao said she relies on the advice of Councilors Ong and Baronda.