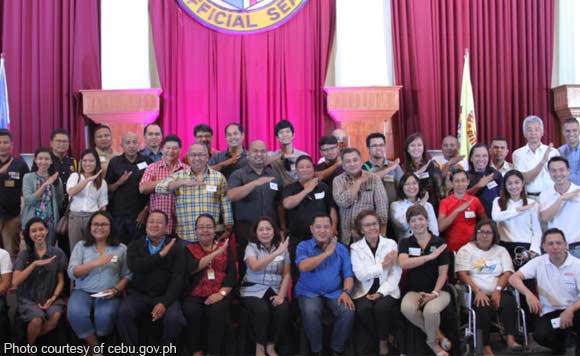 0 557
Share
Want more POLITIKO News? Get the latest newsfeed here. We publish dozens and dozens of politics-only news stories every hour. Click here to get to know more about your politiko - from trivial to crucial. it's our commitment to tell their stories. We follow your favorite POLITIKO like they are rockstars. If you are the politiko, always remember, your side is always our story. Read more. Find out more. Get the latest news here before it spreads on social media. Follow and bookmark this link. https://goo.gl/SvY8Kr

Despite the no-show by Cebu City, the Cebu provincial government held a summit to address the hellish traffic situation in major urban centers in the province.

Stakeholders from local government units and private institutions presented their plans for a unified traffic code during the summit.

Organizing the summit last May 9 were the Metro Cebu Development and Coordinating Board and the Cebu provincial government (http://www.cebu.gov.ph/news/mcdcb-drums-up-preps-for-traffic-code/).

He said the traffic is a problem not only in Cebu City, Talisay City, or Mandaue City, but in neighboring areas as well.

Even without the Cebu City government, Davide said he is confident that traffic solutions will still be in sync.

“We respect the decision of the Cebu City Government and Mayor (Tomas) Osmeña… We’ll find out where we can unite because this is one common problem,” said Davide.

The provincial governments the inputs from traffic management officers and LGU representatives were consolidated and will be used to formulate a unified traffic code for Metro Cebu.

It cited a study by the Japan International Cooperation Agency showing traffic congestion in Metro Cebu amounted to a loss of at least P132 million a day.

Also, JICA said that despite Metro Cebu having 1,398.2 km of road network, traffic congestion has been aggravated by the unloading of jeepneys or taxis on the road.

“We will continue with our goal in establishing a Cebu Traffic Enforcers’ Academy. Traffic can be resolved if we all cooperate,” he said.