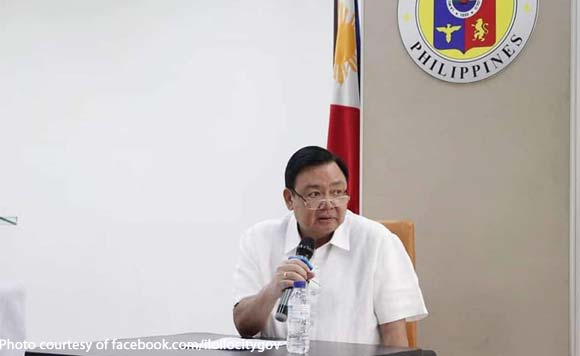 Back-riding on motorcycles will no longer be allowed in Iloilo City during the period of general community quarantine (GCQ).

Mayor Jerry Treñas issued Executive Order No. (EO) 075-B on May 19 amending EO 075 which set the implementing guidelines for the GCQ.

The EO now prohibits back-riding on motorcycles and tricycles in the city in compliance with physical distancing requirements set by the Land Transportation Office (LTO) Memorandum Circular No. 2020-2185. (https://bit.ly/3bPmaOj)

“During the period of GCQ, the following guidelines shall be observed by all means of allowed public transportation, back-riding for motorcycles shall remain prohibited. Tricycles, passenger load shall not exceed one passenger in the side-car. No passenger shall be seated behind the driver issued on May 19,” the order stated.

The LTO in Western Visayas then sent a letter to the mayor asking him to comply with physical distancing requirements by banning back-riders.

The mayor nixed the ban as it did not make sense.

On Tuesday, the mayor sent an appeal to the Department of Health, Inter-Agency Task Force for the Management of Emerging Infectious Diseases, and the Department of Transportation to reconsider the ban on back-riders.

Treñas said the number of authorized public transport vehicles in the city is not enough to cater to the volume of commuters and workers.

Motorcycles, he added, are usually used as private modes of transport compared to other areas in Metro Manila where motorcycles are for public transport.

“It bears to emphasize that physical distancing among members of a family or persons is almost improbable because they are living in the same household. Thus, it would be more convenient, economical, and practical families to back ride when going out of their homes,” the mayor said.

Treñas appealed to allow motorcycles to have at least one back-rider passenger provided that the back rider is an immediate family member.

He said that the city will require the back riders to present an identification card showing proof of their relationship to the driver.