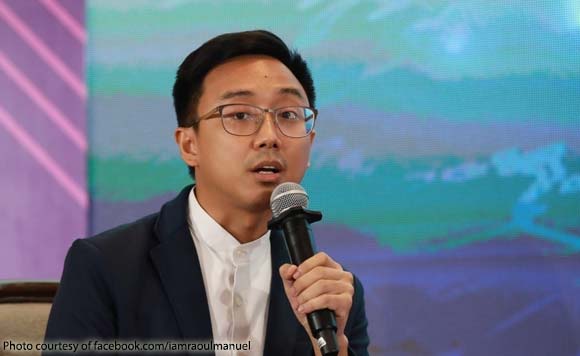 0 46
Share
Want more POLITIKO News? Get the latest newsfeed here. We publish dozens and dozens of politics-only news stories every hour. Click here to get to know more about your politiko - from trivial to crucial. it's our commitment to tell their stories. We follow your favorite POLITIKO like they are rockstars. If you are the politiko, always remember, your side is always our story. Read more. Find out more. Get the latest news here before it spreads on social media. Follow and bookmark this link. https://goo.gl/SvY8Kr

The integrity of two multi million-peso flyovers in Iloilo City and Pavia town in Iloilo has received increasing attention.

On Sunday, Kabataan Party-list Rep. Raoul Manuel said that he will call for an inquiry into the controversial Ungka Flyover, aiming to bring nationally funded infrastructure projects into the spotlight for accountability.

Local members of the party-list joined Manuel in conducting an ocular inspection of the P680-million Ungka flyover, which included examination of the beams and girders underneath the flyover as well as its carriageway atop the structure. (https://bit.ly/3vNy8V7)

He also met with residents of Iloilo City and Pavia town, as well as jeepney drivers on routes in the area.

“[The resolution] is to urge the appropriate committee in the House of Representatives to investigate the Ungka Flyover project. We received lots of concerns regarding the [Ungka and Aganan flyovers],” Manuel told Daily Guardian.

This, he added, should be a major national concern, along with the nearby Aganan Flyover in Pavia, because both are projects of the Department of Public Works and Highways, implying that national taxes were involved.

“On our end, this is a big issue for Ilonggos, but at the same time this issue has national relevance because people’s taxes were spent on this, and what we want regarding [infrastructure] projects, wherever they may be, they must be helpful to the people and should not worsen the problems,” according to him.

“We want to know what happened to the flyover. We’re talking about P680 million, which is a big amount and should not be wasted. For ordinary citizens, there is a helpless feeling because the flyover is already there, but people need to do a U-turn [at the President Corazon Aquino Avenue]. The purpose of these projects is the comfort of the lives of our [commuting] public. We hope that this inquiry would shed light on how we should move forward with this project,” he pointed out.