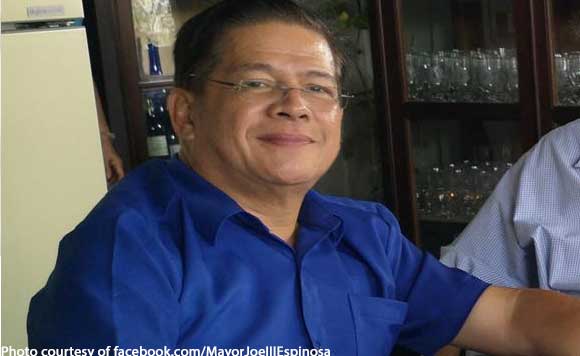 0 1,290
Share
Want more POLITIKO News? Get the latest newsfeed here. We publish dozens and dozens of politics-only news stories every hour. Click here to get to know more about your politiko - from trivial to crucial. it's our commitment to tell their stories. We follow your favorite POLITIKO like they are rockstars. If you are the politiko, always remember, your side is always our story. Read more. Find out more. Get the latest news here before it spreads on social media. Follow and bookmark this link. https://goo.gl/SvY8Kr

Iloilo City Mayor Jose “Joe” Espinosa said the recent survey showing Rep. Jerry Treñas as the candidate to beat for mayor in the May 13 elections is unreliable.

Only placing second in the February 15 to 17, 2019 Random Access Consultants, Inc. survey, Espinosa added the public should know who commissioned and paid for the conduct of the poll.

“It is not a reliable survey because someone paid for it,” according to the politiko.

Pre-election surveys are paid and used as tools by politicians, said Espinosa, a reelectionist, in The Daily Guardian report.

The Ilonggo official, who assumed full mayoral powers after the dismissal of former Mayor Jed Patrick Mabilog on corruption allegations, claimed that surveys only pre-condition the mind of the voters.