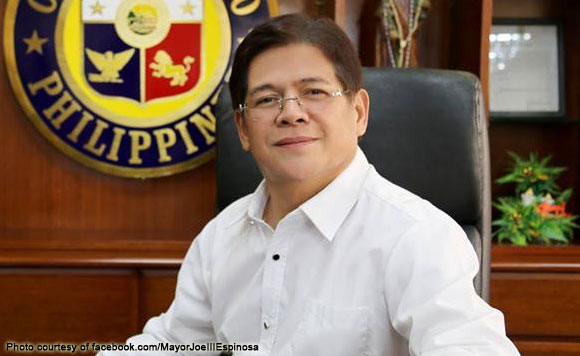 0 754
Share
Want more POLITIKO News? Get the latest newsfeed here. We publish dozens and dozens of politics-only news stories every hour. Click here to get to know more about your politiko - from trivial to crucial. it's our commitment to tell their stories. We follow your favorite POLITIKO like they are rockstars. If you are the politiko, always remember, your side is always our story. Read more. Find out more. Get the latest news here before it spreads on social media. Follow and bookmark this link. https://goo.gl/SvY8Kr

Espinosa issued the statement during Monday’s flag raising ceremony at the City Hall grounds where he turned over four brand new motorcycles to ICPO and two multipurpose vehicles to the ICPO Women and Children’s Protection Desk and PDEA.

“This is a manifestation that this administration focuses on the anti-illegal drugs and anti-criminality campaign. I appeal to the police and PDEA to protect our women, children and our people from drugs and criminality,” according to him.

Espinosa attributed the city’s improvements to the efforts against drugs and criminality.

“When I sat as mayor I gave PDEA, police, and other inter-agencies because I promised President Duterte that this city would be declared cleared of drugs,” he added.

Espinosa, who lost to lone district Rep. Jerry Treñas in the last midterm elections, asked the new administration to fight against illegal drugs and criminality to ensure no drugs lords would operate in the city.