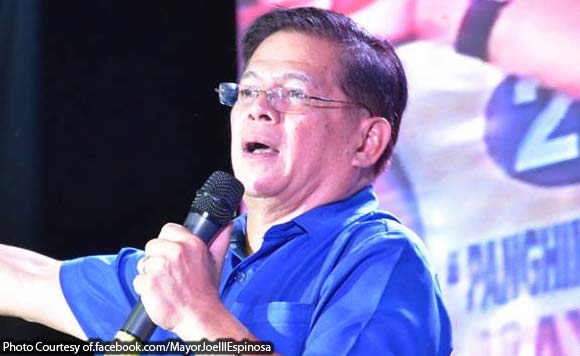 0 503
Share
Want more POLITIKO News? Get the latest newsfeed here. We publish dozens and dozens of politics-only news stories every hour. Click here to get to know more about your politiko - from trivial to crucial. it's our commitment to tell their stories. We follow your favorite POLITIKO like they are rockstars. If you are the politiko, always remember, your side is always our story. Read more. Find out more. Get the latest news here before it spreads on social media. Follow and bookmark this link. https://goo.gl/SvY8Kr

“Genuine leaders must safeguard public welfare in terms of water provision especially during the time when they need the most this very vital and basic requirement in everyday life,” said Espinosa in The Daily Guardian article.

They did not file a leave of absence or issue a valid reason.

The councilors reportedly skipped the session as they did not want Iloilo City to be placed under a State of Calamity, saying the disaster risk reduction and management funds for water rationing might be used for political purposes.

“To say that I, as the father of the city, am disheartened and unbelieving is an understatement. I did not expect that a water crisis can be construed as a political agendum of opposing parties,” said Espinosa.

“How can they, who call themselves champion of the people, think about politics first in a time when Ilonggos are suffering from the absence of such a basic need, not to mention those employees who could have availed of a calamity loan to use for their families,” according to him.