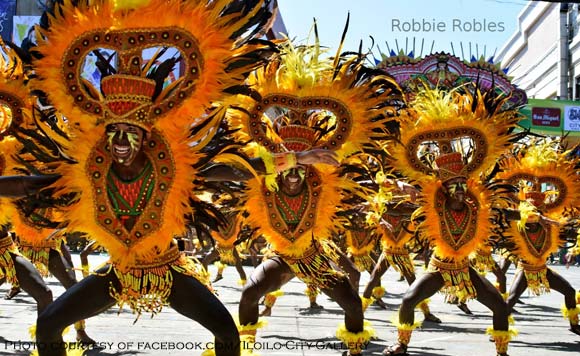 0 304
Share
Want more POLITIKO News? Get the latest newsfeed here. We publish dozens and dozens of politics-only news stories every hour. Click here to get to know more about your politiko - from trivial to crucial. it's our commitment to tell their stories. We follow your favorite POLITIKO like they are rockstars. If you are the politiko, always remember, your side is always our story. Read more. Find out more. Get the latest news here before it spreads on social media. Follow and bookmark this link. https://goo.gl/SvY8Kr

A message on Facebook through its Messenger application surfaced recently claiming that 200 of such tickets for the Iloilo City Dinagyang Grandstand on Muelle Loney Street were being sold from P1,600 to P1,800 each.

Tickets at the Maria Clara performance area, originally priced at P1,600, were being resold from P2,200 to P2,500 each, it also claimed.

“If these are proven to be true, then I am really disappointed,” Espinosa said.

“For them to sell the tickets for monetary consideration is truly disturbing and speaks a lot about their twisted values,” he added.

According to him, he already ordered City Administrator Hernando Galvez to investige the matter.