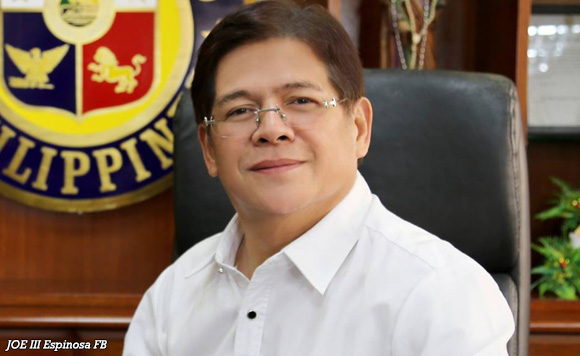 0 59
Share
Want more POLITIKO News? Get the latest newsfeed here. We publish dozens and dozens of politics-only news stories every hour. Click here to get to know more about your politiko - from trivial to crucial. it's our commitment to tell their stories. We follow your favorite POLITIKO like they are rockstars. If you are the politiko, always remember, your side is always our story. Read more. Find out more. Get the latest news here before it spreads on social media. Follow and bookmark this link. https://goo.gl/SvY8Kr

A total of 84.6 percent of the almost 1,000 respondents preferred to vote for Espinosa, six percent would re-elect incumbent Rep. Julienne “Jam-jam” Baronda, 2.4 percent would support Atty. Pascual Espinosa, while seven percent were undecided or failed to return the questionnaire. (https://bit.ly/3MjQYcP)

The survey was conducted between February 28 and March 11, 2022 using multi-stage cluster sampling at the district level, and proportionate stratified sampling at the barangay level.

This was the third in a series of surveys by the group of graduate students from some of the country’s top universities, including Ateneo de Manila University, University of San Carlos and the University of the Philippines in Diliman, as well as the United Nations-linked University of Peace, based in San Jose, Costa Rica.

The students are taking up master’s degrees in political science, sociology and public management. The survey is part of their research case study focusing on current issues and problems in the governance and politics of the Philippines.