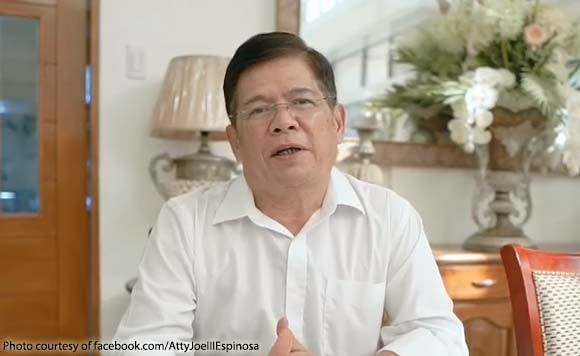 0 201
Share
Want more POLITIKO News? Get the latest newsfeed here. We publish dozens and dozens of politics-only news stories every hour. Click here to get to know more about your politiko - from trivial to crucial. it's our commitment to tell their stories. We follow your favorite POLITIKO like they are rockstars. If you are the politiko, always remember, your side is always our story. Read more. Find out more. Get the latest news here before it spreads on social media. Follow and bookmark this link. https://goo.gl/SvY8Kr

About 75 percent of respondents across the city’s 180 barangays chose Espinosa as their next congressman, according to the September 27 to October 3 survey.

The poll was conducted after Espinosa, who lost to then Rep. Jerry Treñas in the 2019 elections, confirmed his plans to vie for Iloilo City’s lone congressional district.

“We did this survey to determine the key concerns of Iloilo City voters,” said Ivan Evangelista, a political-science graduate student of the Ateneo de Manila University (ADMU), who is part of the survey group.

The group is composed of graduate-student researchers from ADMU, University of San Carlos, and the University of the Philippines in Diliman.