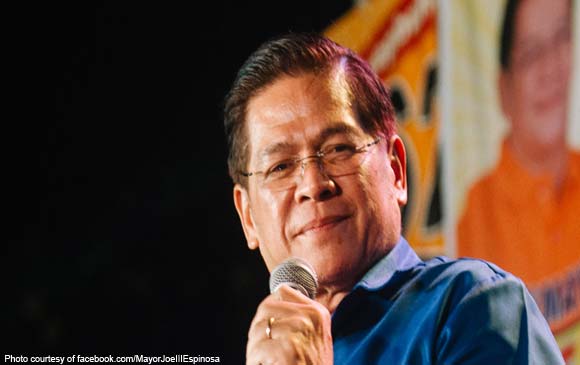 0 719
Share
Want more POLITIKO News? Get the latest newsfeed here. We publish dozens and dozens of politics-only news stories every hour. Click here to get to know more about your politiko - from trivial to crucial. it's our commitment to tell their stories. We follow your favorite POLITIKO like they are rockstars. If you are the politiko, always remember, your side is always our story. Read more. Find out more. Get the latest news here before it spreads on social media. Follow and bookmark this link. https://goo.gl/SvY8Kr

Espinosa and Treñas, who fought for the mayor’s seat in yesterday’s midterm elections, took shots at each other early in the campaign.

There should be unity especially after the elections, the mayor said in The Daily Guardian report.

“Everything should go back to normal after the elections. We should work together amid differences,” he added.

Treñas, for his part, thumbed down the possibility of reconciliation with Espinosa.

“I find this as the most vicious elections in my career. I will never forget this and all the attacks against me and my family. Let us move forward,” he said in an interview over Bombo Radyo.

Espinosa lost to Treñas by 68,419 votes based on the final canvassing results.