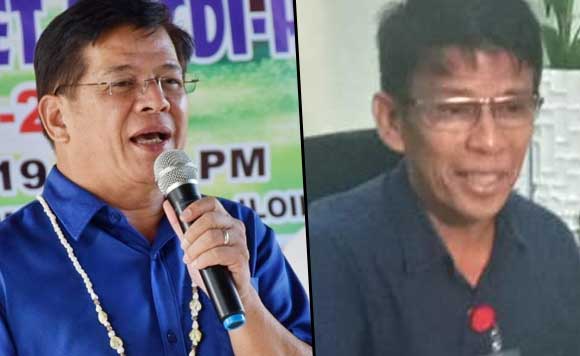 0 447
Share
Want more POLITIKO News? Get the latest newsfeed here. We publish dozens and dozens of politics-only news stories every hour. Click here to get to know more about your politiko - from trivial to crucial. it's our commitment to tell their stories. We follow your favorite POLITIKO like they are rockstars. If you are the politiko, always remember, your side is always our story. Read more. Find out more. Get the latest news here before it spreads on social media. Follow and bookmark this link. https://goo.gl/SvY8Kr

Espinosa said he will consult the legal department and City Administrator Hernando Galvez on possible insubordination charges against Hermano.

He said Hermano has no right to hold the salaries of the job hires, who he said are protected by civil service and labor laws (https://thedailyguardian.net/local-news/defiance-is-futile-mayor-mulls-suit-vs-treasurer/).

He refused to budge even after Espinosa issued a directive to sign it, backed by two legal opinions from City Legal Office chief Roledo Dela Cruz.

On the other hand, Hermano also claimed that the 2019 annual budget for the city is short by P74 million.

Pallada was directed to “immediately conduct and make an audit and investigation of all tax collection efforts and actual collections of the City Treasurer’s Office (CTO) in view of the continuous claims of Hermano that the City Hall lacks cash backup.”

The report of the Internal Audit Service (IAS) Office debunked Hermano’s claims on the cash backup.

Based on the report, an estimated difference of P205,362,999.45 is more than enough to cover the projected deficit initially claimed by Hermano.

Espinosa said this report showed Hermano had been telling lies, and questioned the motives behind Hermano’s continued defiance.

For his part, Galvez also believes there are political motives behind the move of Hermano.

But Hermano maintained the city government has a budgetary shortfall of P74 million because of the reenacted budget.