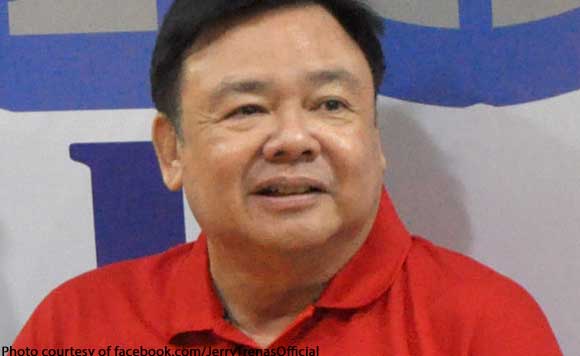 0 514
Share
Want more POLITIKO News? Get the latest newsfeed here. We publish dozens and dozens of politics-only news stories every hour. Click here to get to know more about your politiko - from trivial to crucial. it's our commitment to tell their stories. We follow your favorite POLITIKO like they are rockstars. If you are the politiko, always remember, your side is always our story. Read more. Find out more. Get the latest news here before it spreads on social media. Follow and bookmark this link. https://goo.gl/SvY8Kr

Rep. Jerry Treñas will likely win Iloilo City’s mayoral post in the May 13 elections if the six surveys from March 2018 to February 2019 were to believe, Panay News reported.

According to the survey firms Random Access Consultants, Inc and Manila-based Accu Poll, the lawmaker was the most preferred candidate for mayor.

In the November 24 to 25, 2018 poll, 58 percent of the respondents named Treñas as their choice to lead the city, while Espinosa and Gonzalez received 28.3 percent and 9.5 percent, respectively.

Treñas earned 59 percent in the fifth survey by Accu-Poll in December 2018. Espinosa slid to 21 percent while Gonzalez to seven percent.

The latest RACI survey showed that 64.2 percent of Ilonggos picked Treñas as the next mayor, while Espinosa and Gonzalez continued to trail behind, with 23.3 percent and 7.8 percent.