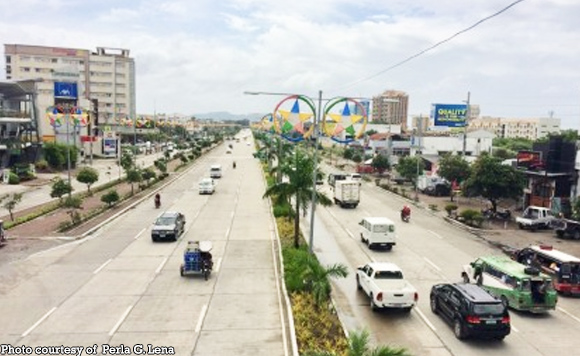 ILOILO CITY — The 14-kilometer stretch of the Senator Benigno Aquino Jr. Avenue or commonly known as Diversion Road of this city will be designated as “Traffic Discipline Zone”.

In a follow-up interview Monday, Iloilo City Mayor Jerry P. Treñas said he is bent on implementing the traffic discipline zone at the Diversion Road to show that it can be done.

“After Diversion Road, we will again do it in Tabuk Suba McArthur Drive to put order in problematic places due to lack of discipline,” he said. If they can do it before the year ends, then it will be implemented in 2020.

Jeck Conlu, head of the Iloilo City Public Safety and Transportation Management Office (PSTMO), in a separate interview said commuters, vehicles and all those that will pass the Diversion Road have to follow all traffic laws and ordinances, including Republic Act 4236 or the National Traffic Code.

“Hopefully, we can implement it in January to make the whole stretch of Benigno Aquino as the first traffic discipline zone of our city. This is one of the programs of Mayor Jerry P. Treñas to level-up the city by next year,” he added.

The initial plan, he said, is to enforce a 24-hour traffic discipline zone. This is to make motorists get used to obeying the law even at night and even if they pass by other roads, they would still be conscious of the law.

The zone will cover the portion starting after the bridge near the area of the University of the Philippines in the Visayas-Iloilo City campus towards the Ungka Iloilo Terminal and General Services Inc. in Jaro district.

It will be implemented together with the Land Transportation Office (LTO) and the Highway Patrol Group (HPG).

“This means that we will apply more personnel in that area,” he added. It is necessary, he said, so that motorists will learn to follow the law.

Among those that will be enforced are the ordinances on speed limit, anti-modified mufflers, helmet policy, no registration, illegal modifications, proper loading and unloading, and other regulations on road traffic.

He added that an experiment on the proper loading and unloading of passengers is being implemented at the Iloilo Terminal Market. Every 5 p.m., passengers queue up in order to ride a provincial jeepney.

Conlu said they will pilot the implementation for one to two months; the first month will be on advocacy. This does not entail apprehension but drivers will just be informed of their violations.

As part of the preparations, some 100 personnel of the Traffic Management and Transportation Regulation Office (TMTRO) completed three-day training under the tutelage of the Metro Manila Development Authority (MMDA) that culminated on Nov 28.

“We did this to enhance their skills in managing our traffic,” Conlu said. The chosen few are expected to cascade their learning with other TMTRO personnel.

Next year, the PSTMO will also establish its Traffic Academy Unit that will ensure the continuous training of traffic aids.

The local government will be sending personnel to the MMDA for training next year, he said.

The training will not only be handled by the MMDA but the city government will also tap the LTO, HPG and the Philippine National Police.