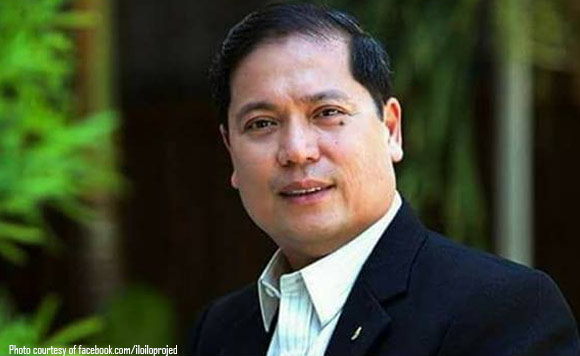 0 534
Share
Want more POLITIKO News? Get the latest newsfeed here. We publish dozens and dozens of politics-only news stories every hour. Click here to get to know more about your politiko - from trivial to crucial. it's our commitment to tell their stories. We follow your favorite POLITIKO like they are rockstars. If you are the politiko, always remember, your side is always our story. Read more. Find out more. Get the latest news here before it spreads on social media. Follow and bookmark this link. https://goo.gl/SvY8Kr

The flight of former City Mayor Jed Patrick Mabilog from the country is not the end of his legal problems.

This was revealed by Presidential Spokesperson Harry Roque in his first Malacañang press briefing in this city Sunday afternoon, a sideline to the 50th anniversary of the Dinagyang Festival.

“At this point, I would like to assure you that former Mayor Mabilog’s flight from the country is not the end of his legal problems. It probably is only the beginning,” he said,

“There is an ongoing investigation… I can’t comment,” he added.

In 2016, President Rodrigo Roa Duterte included Mabilog on his “narco list” of politicians involved in the illegal drug trade.

Mabilog has denied the accusations.

“I’m not aware of any criminal charge against former Mayor Mabilog, although I suppose there will have to be one if authorities would want him extradited back to the Philippines,” he said.

Mabilog escaped from the country last year together with his wife and children for security reasons.

This as before he was ordered dismissed by the Office of the Ombudsman which found him “guilty of serious dishonesty relative to his unlawful acquisition of wealth.”

Recently, Ombudsman Conchita Carpio Morales has meted Mabilog with another dismissal, this time for an anomalous towing deal way back in 2015.

The Ombudsman said Mabilog was found guilty of grave misconduct, serious dishonesty and conduct prejudicial to the best interest of the service.

His dismissal came with the accessory penalties of perpetual disqualification from holding public office, cancellation of eligibility, forfeiture of retirement benefits, and bar from taking the civil service examinations (PNA)