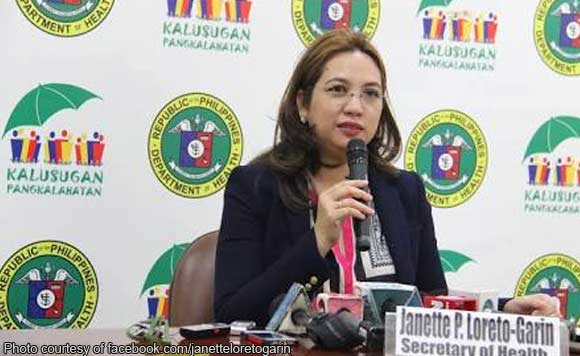 Former health secretary Janet Garin said the criminal and administrative charges against her over the controversial Dengvaxia vaccine will not affect her congressional bid in Iloilo’s first district.

Garin, also a former Iloilo representative, said the issue on the Dengvaxia vaccination program only resurfaced with election season here.

“I believe, maybe, it’s political season so the issue is being recycled. But, we are ready to face the new cases filed against us,” she added.

According to her, the issue will not affect her candidacy because people in the first district know that she is not involved in corrupt activities.