Jam Baronda turns over 56,000 kilos of frozen fish to city 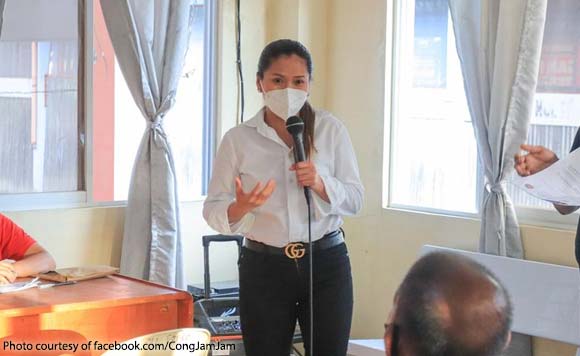 Iloilo City’s Cong. Julienne “Jam-jam” Baronda turned over two 40-foot container vans with 56,000 kilos of fish from the national government and Office of Civil Defense to the city government and the Liga ng mga Barangay for distribution to poor households affected by the coronavirus pandemic.

“The fish distribution supports ongoing efforts to further reduce the adverse impacts of the pandemic on our dear Ilonggos,” according to her.

While measures to promote the country’s recovery from the pandemic are in place and slowly gaining ground, Baronda said the effects of the Bayanihan stimulus funds are yet to be felt in its totality. (https://bit.ly/2JhQaKo)

“We cannot deny that many have been rendered jobless and are unable to meet their basic needs. The fish distribution provides relief while the laws we crafted are being implemented to achieve the goals they were set out to do,” she added.

This is the second distribution of frozen fish facilitated by Baronda to aid low-income families in the city. The first time was in August wherein 54,000 kilos were distributed to all 180 barangays in the city.