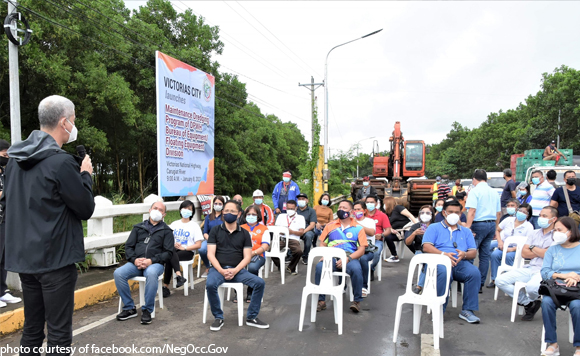 Dredging must be a continuing operation to revive the natural waterways after flash floods affected several localities in northern Negros Occidental, according to Governor Eugenio Jose Lacson.

Lacson said flooding caused by heavy rains has been affecting and damaging agricultural lands and residential areas in the Third District, particularly in Victorias City.

The governor recently attended the launching of the Maintenance Dredging Program of the Department of Public Works and Highways at Carugiat River along Victorias City National Highway. (https://bit.ly/2K8N0Jw)

He also encouraged the local government units, particularly those prone to heavy flooding during the rainy season, to purchase their own dredger.