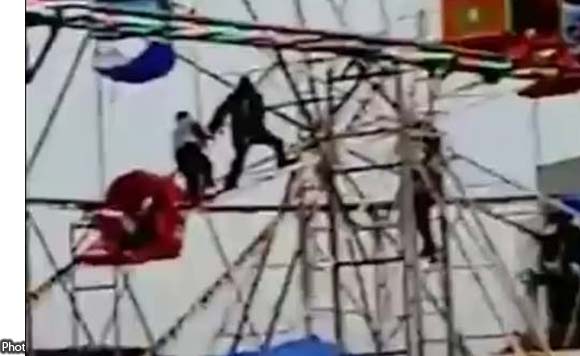 0 1,420
Share
Want more POLITIKO News? Get the latest newsfeed here. We publish dozens and dozens of politics-only news stories every hour. Click here to get to know more about your politiko - from trivial to crucial. it's our commitment to tell their stories. We follow your favorite POLITIKO like they are rockstars. If you are the politiko, always remember, your side is always our story. Read more. Find out more. Get the latest news here before it spreads on social media. Follow and bookmark this link. https://goo.gl/SvY8Kr

Following an accident involving a ferris wheel earlier this month, the Iloilo City government is seeking to regulate amusement rides.

In his privilege speech, Councilor Plaridel Nava said the city had allowed peryas and amusement facilities to operate in the city, but there is no regulating ordinance.

He cited the Jan. 26 accident involving a ferris wheel in Mandurriao district where a woman and her two minor children fell off a Ferris wheel.

Nava said there must be guidelines prohibiting children, especially two years old and below, from riding Ferris wheels and similar rides.

He added that while the Public Safety and Transportation Management Office should be the regulating body, it cannot enforce any action since there are no guidelines and ordinances.

Nava also passed a resolution calling for an investigation on the recent Ferris wheel accident in Mandurriao.

The matter was referred to the committee on public safety headed by Councilor Joshua Alim.