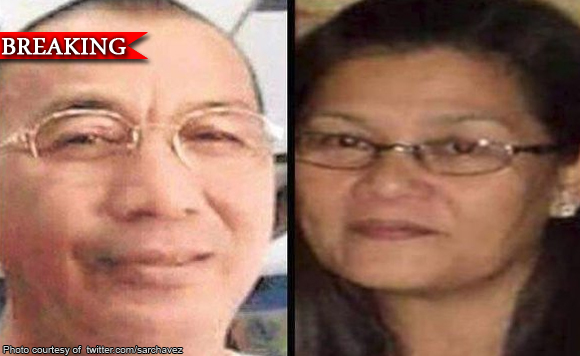 Businessman Melvin Odicta, whom Philippine National Police Director General Ronald dela Rosa accused of being a drug lord, was shot dead along with his wife Monday morning (August 29) after alighting from a vessel at the Caticlan port.

According to the police, Melvin and Meriam Odicta was shot by an unidentified suspect at the Caticlan port past 1:30 a.m.

The couple was brought to the Malay Municipal Hospital after the shooting but was pronounced dead on arrival.

As of 8 a.m., the PNP said it is conducting hot pursuit operations to arrest the suspect.

Speaking at Iloilo City on August 26, Dela Rosa pointed to Odicta as a drug lord who goes by the alias “Dragon” in crime rings.

Despite maintaining his innocence, the businessman, who reportedly heads one of the illegal drug groups operating in Iloilo City, sought a meeting with Interior Secretary Mike Sueno last week because of fear for his and his wife’s life.