Is Mayor Loot out of the country? 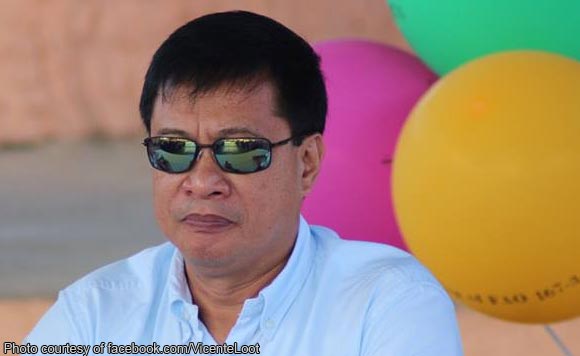 Cebu Governor Hilario Davide III has granted Daanbantayan Mayor Vicente Loot an authority to travel abroad, noting that no charges have been filed against him.

In a November 5 letter to Davide, Loot asked the governor to be granted an authority to travel to Canada and the United States.

The local exectuive, accused by President Duterte as a drug protector, also sought permission to go on a 30-day vacation leave starting November 18.

“I will be visiting my sickly and aging sisters, attend to the birthday celebration of my sister in Maryland and at the same time spend my vacation thereof,” Loot’s letter read.

In a Cebu Daily News article, Davide explained he granted the authority to travel and approve Loot’s application for a month-long vacation leave because there is no Hold Departure Order issued against the Daanbantayan official.

Last May, Loot and his family survived an ambush by armed men.