Is Duterte out of funds? PDP-Laban says presidential bid botched due to thinning campaign kitty 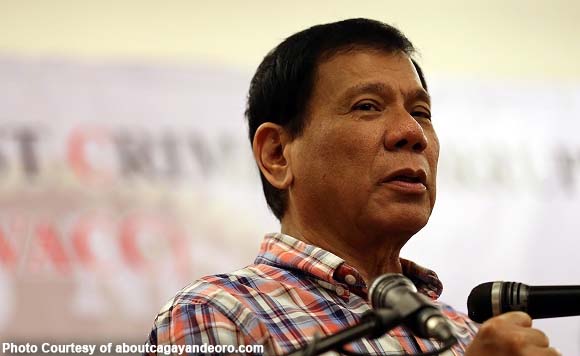 0 459
Share
Want more POLITIKO News? Get the latest newsfeed here. We publish dozens and dozens of politics-only news stories every hour. Click here to get to know more about your politiko - from trivial to crucial. it's our commitment to tell their stories. We follow your favorite POLITIKO like they are rockstars. If you are the politiko, always remember, your side is always our story. Read more. Find out more. Get the latest news here before it spreads on social media. Follow and bookmark this link. https://goo.gl/SvY8Kr

It appears that the lack of interest isn’t the reason why Davao City Mayor Rodrigo Duterte shelved his plans to run for president, at least according to the chairman of the Partido Demokratiko Pilipino-Lakas ng Bayan (PDP-Laban).

Former South Cotabato Governor Mike Sueño said he has received information that Duterte was prompted to file his certificate of candidacy for reelection due to lack of funds.

Duterte dashed hopes he would run for president when he filed his COC for mayor instead of president earlier this month. In his place, PDP-Laban fielded anti-crime advocate Martin Diño as its standard bearer.

Days after closing the door on a presidential run, however, Duterte tickled the public’s fancy once again when he declared he’s open to becoming the substitute for Diño in case the latter is disqualified by the Commission on Elections, or withdraws his candidacy.