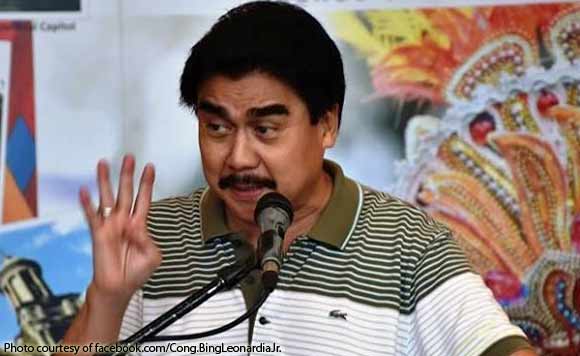 Mayor Evelio Leonardia urged Bacolodnons to help the city government bring in tourists as he bared plans to the revive the “A tourist is a friend” program to help boost the local economy.

“The more tourists we have, the better for the city’s economy,” the mayor said on Friday.

In Western Visayas, Bacolod, which is home to the world-famous MassKara Festival, is second to Aklan’s Boracay Island in terms of foreign tourist arrivals.

“That is a good news and it is a big help,” Leonardia said, adding that he believes in the projection that tourism is going to be the biggest industry in the world.

He added that for 2018, a series of lectures will be conducted to inculcate in the hearts and minds of Bacolodnons the importance of tourists.

“We would like our people to have that sense of pride, participation and belonging that we are helping each other on how to accommodate our tourists,” the mayor said.

Records of City Tourism Office indicate that there were 692,513 domestic tourists and 69,337 foreign tourists in Bacolod from January to November last year, or a total of 761,850 arrivals. This showed an increase of almost 48 percent from the previous year’s 516,272.

“We have proven here that there is a potential and capacity on our side to bring in tourists,” Leonardia said, adding that this will serve as an inspiration and encouragement to Bacolodnons to work together to invite more tourists.

The mayor noted that tourists come to Bacolod for its beautiful sites, accommodation, and food.

Leonardia also acknowledged football benefactors from the Yanson family for their efforts in making Bacolod as a venue of international matches since football was a major factor in attracting foreign tourists. (PNA)