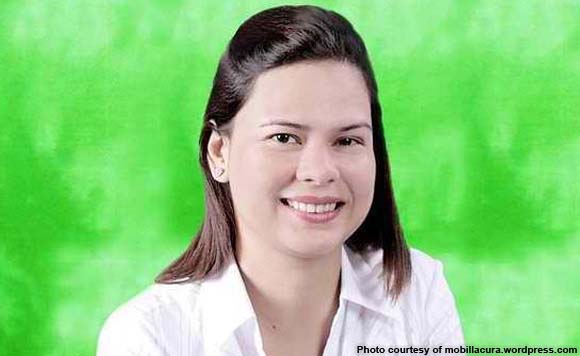 For her supposed refusal to let her father, Davao City mayor Rodrigo Duterte, run for president, former mayor Sara Duterte-Carpio is gaining the ire of the netizens, who had branded her “selfish.”

But Inday Sara vehemently denied she was behind her father’s recent decision to back out of the presidential race in the 2016 elections.

“Do you think a wise man and a seasoned politician will decide on the basis of my opinion?” Duterte’s daughter shot back.

She reiterated that although she is against her father running for higher position, it is still his personal decision.

Inday Sara was quoted in news reports as telling her father not to run for president as “you do not owe anybody, anything. You have already done more than enough.”

This spread on social media sites.

One netizen, Yiani Lopez Laguda, posted on Facebook her dismay towards Inday Sara: “Do not be selfish to your country, do not be selfish to Mindanao. Your father is being called but you are the one hindering him to heed such calling.”

In reaction, Inday Sara countered: “You do not know anything except what you read on Facebook, Pagtuon. Gukdaakong grade sa bar (Study. Be at level with my grade in the Bar). Then maybe, you can talk to me. Maybe pa lang, ha.”