In the next 3 years, Lapu mayor plans to revive tourism sector 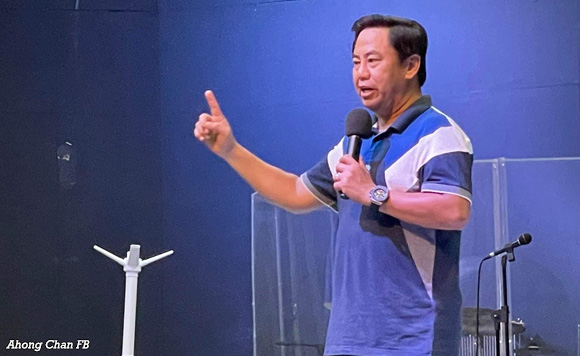 0 89
Share
Want more POLITIKO News? Get the latest newsfeed here. We publish dozens and dozens of politics-only news stories every hour. Click here to get to know more about your politiko - from trivial to crucial. it's our commitment to tell their stories. We follow your favorite POLITIKO like they are rockstars. If you are the politiko, always remember, your side is always our story. Read more. Find out more. Get the latest news here before it spreads on social media. Follow and bookmark this link. https://goo.gl/SvY8Kr

Re-elected Lapu-Lapu City Mayor Junard Chan hopes “to restore the tourism glory that we once had.”

“We are optimistic, that with a Cebuana at the helm of the Tourism Department in the person of Incoming Secretary Christina Garcia Frasco, the much needed boost to help revitalize tourism, is not far from sight,” Chan said in a speech after he took his oath of office last Monday.

As the city slowly recovers from the Covid-19 pandemic, the mayor said his administration will put emphasis towards revitalizing tourism.

“Being a tourism city, our economy is largely dependent on tourist arrivals. With the closure of hotels, resorts and other tourism-related establishments leaving thousands jobless, our management skill has been put to test. The pandemic has left me with an entire city to feed,” he explained.

Meanwhile, Chan said that his success in the recent elections is evidence of his capable leadership, stellar record, and accomplishments during the previous three years of his first term.