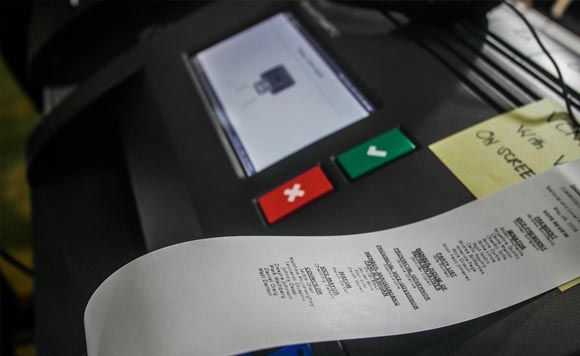 0 872
Share
Want more POLITIKO News? Get the latest newsfeed here. We publish dozens and dozens of politics-only news stories every hour. Click here to get to know more about your politiko - from trivial to crucial. it's our commitment to tell their stories. We follow your favorite POLITIKO like they are rockstars. If you are the politiko, always remember, your side is always our story. Read more. Find out more. Get the latest news here before it spreads on social media. Follow and bookmark this link. https://goo.gl/SvY8Kr

A group of voters from Iloilo province on Thursday (July 19) asked the Supreme Court (SC), sitting as Presidential Electoral Tribunal (PET), to grant the appeal of Vice President Leni Robredo to set at 25 percent the threshold of valid shaded ballots in the ongoing manual recount.

“As the last bastion of democracy, the Supreme Court is mandated to uphold and protect the 1987 Constitution, including our privilege to choose the right leaders,” read the letter of their spokesperson Cynthia Patag.

“However, the Supreme Court, sitting as the Presidential Electoral Tribunal (PET), could find itself violating its very mandate if it continues to implement the 50-perecent threshold in the election protest for Vice President,” she lamented.

Patag expressed concerns that their votes will be “disenfranchised and our voices will not be heard if the PET continues to insist on using the 50-percent threshold in the manual recount of votes.”

“We are 5,500 Ilonggos humbly asking the PET to protect the sanctity of our votes by upholding the 25-percent threshold,” she said.

“At the end of the day, we are confident that the PET will fulfil its mandate under the 1987 Constitution by upholding the implementation of the 25-percent threshold,” she added.

The PET conducted the manual recount of the 2016 vice presidential polls based on the election protest of former Sen. Ferdinand “Bongbong” Marcos Jr. who claims he got cheated of his win against Robredo.