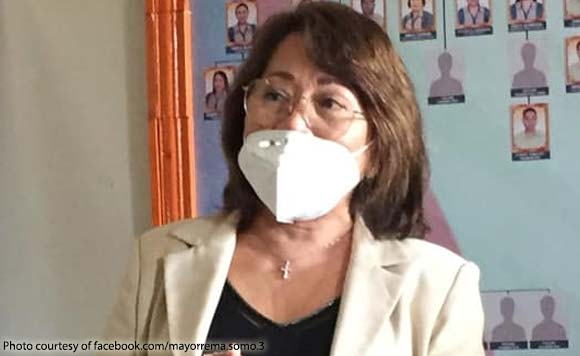 0 11
Share
Want more POLITIKO News? Get the latest newsfeed here. We publish dozens and dozens of politics-only news stories every hour. Click here to get to know more about your politiko - from trivial to crucial. it's our commitment to tell their stories. We follow your favorite POLITIKO like they are rockstars. If you are the politiko, always remember, your side is always our story. Read more. Find out more. Get the latest news here before it spreads on social media. Follow and bookmark this link. https://goo.gl/SvY8Kr

This, after four family members and their driver who traveled from Cebu submitted fake negative Covid-19 test results upon their arrival at the Estancia port.

Municipal Administrator Leo Superio has directed Santa Barbara Municipal Police Station chief Raymond Celoso, and Rhayan Francis Suplido and Jeremiah Sirilan of Task Force Covid-19 Operation to conduct a case build-up against those who were responsible for the fake RT-PCR Results given to and used by the family. (https://bit.ly/3xRgvDG)

Somo said that she is waiting for the results of the investigation and the affidavits so they can file the appropriate cases against the suspects.

The mayor also said that her office already coordinated with authorities and other institutions in Cebu immediately after the family was held for questioning.

A statement issued by the management of the Vicente Sotto Memorial Medical Center Sub-National Laboratory in Cebu confirmed that the names of the family members were not in their system and that they never issued RT-PCR test results to the said family, she added.

The family of four and their driver are currently under strict quarantine in a government-owned facility.