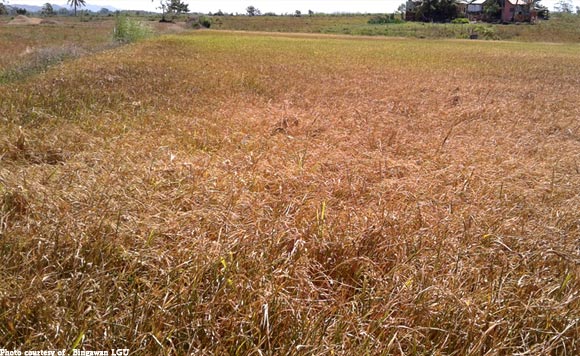 0 752
Share
Want more POLITIKO News? Get the latest newsfeed here. We publish dozens and dozens of politics-only news stories every hour. Click here to get to know more about your politiko - from trivial to crucial. it's our commitment to tell their stories. We follow your favorite POLITIKO like they are rockstars. If you are the politiko, always remember, your side is always our story. Read more. Find out more. Get the latest news here before it spreads on social media. Follow and bookmark this link. https://goo.gl/SvY8Kr

Iloilo province has set aside P31.4 million to address the effects of the prolonged drought caused by the El Niño weather phenomenon.

On Friday, May 31, the Sangguniang Panlalawigan placed the province under a state of calamity because of the long dry spell.

This allowed the release of P31,464,350 from the provincial government’s funds to mitigate or lessen the effects of the drought

Board Member Marcelo Valentin Serag, committee on disaster risk and reduction and management, said the P31.4 million will be spent for:

Some P500,000 was allotted for information and education campaign, and another P500,000 for environmental protection.

On the other hand, Bingawan, Lambunao, Janiuay, Maasin, Santa Barbara, and Mina towns had been placed under a state of calamity last March.

Iloilo City was placed under a state of calamity last April 26.

Continue Reading
board memberEl NiñoIloilo provinceprovincial governmentSangguniang Panlalawigan
0 752
Share
Politiko would love to hear your views on this...
More Stories