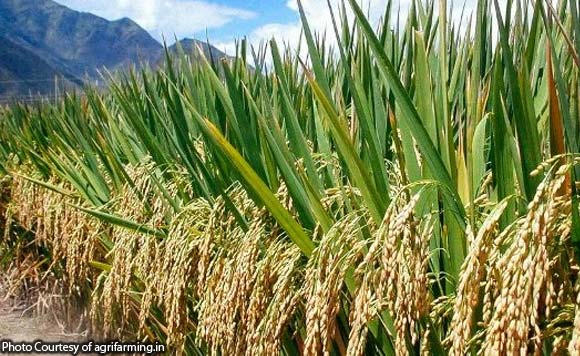 Elias Sandig, Assistant Provincial Agriculturist, said no local government unit in the province was spared from the effects of El Niño.

“All 42 municipalities and the component city of Passi are affected,” he said in an interview on Monday.

Based on the latest damage assessment report for cereals of PAO, a total of 7,495 hectares of land planted with rice in the province are totally damaged while 19,568 are partially damaged. Crop damages have reached a total volume of 62,791 metric tons.

“We still expect more (damages) this April because there is somethinglike
5,000 hectares of rice area that had been planted with rice in January,” he said, noting that the 5,000 hectares are scattered all over the province.

He said that farmers in some areas with irrigation and water flow, including the towns of Igbaras and Lemery, planted rice in January.

“But the water is scarce now,” said Sandig, adding that farmers in
Lemery now source water from creeks.

The agriculture office also expects damage reports on other crops such as corn, vegetables, and bananas.

Sandig noted that PAO started informing the farmers of the mild El Niño that will hit the province as early as September 2018.

“Our problem is the culture of farmers that they still are courageous to plant rice even with the warning of extreme heat,” he said.

He noted that Bingawan town had already declared a state of calamity while others are also mulling to do the same.

As for the province, Sandig said it is still in the “master listing level”.

“We are still waiting on our recourse for the province to be declared
under state of calamity,” he said.

The lack of potable water among Ilonggo households, Sandig said, might
also be a basis in declaring the province under state of calamity.

“During our last meeting we asked for this data. Hopefully by end of this month we have that data already,” he added.

Despite the rice crop damages brought about by El Niño, Sandig is still hoping to reach the one-million metric ton (MT) target yield.

“I don’t lost hope. What we can do is prepare ultimately. Iloilo is all efforts going towards organic agriculture as climate resilience strategy,” he said.

Sandig said the PAO trains farmers in all municipalities on using organic technology on in-breed and hybrid rice planting.

“We will be better off with that approach,” he said. (PNA)