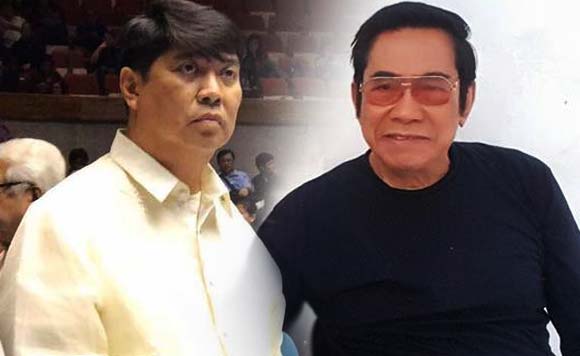 0 858
Share
Want more POLITIKO News? Get the latest newsfeed here. We publish dozens and dozens of politics-only news stories every hour. Click here to get to know more about your politiko - from trivial to crucial. it's our commitment to tell their stories. We follow your favorite POLITIKO like they are rockstars. If you are the politiko, always remember, your side is always our story. Read more. Find out more. Get the latest news here before it spreads on social media. Follow and bookmark this link. https://goo.gl/SvY8Kr

Iloilo Sangguniang Panlalawigan (SP) member Valentin Serag of the 1st District defended the Garins against the call of Governor Arthur Defensor Sr. to “assess the kind of politics and governance in the 1st District.”

Serag said in a Panay News article that the Garin family loved the Guimbalanons so much they were not afraid to defile their good name to protect them.

“My respect for them grew all the more. I believe they will face the charges,” said the nephew of Mayor Garin’s wife, San Joaquin Mayor Ninfa Serag Garin.

Valencia, who described the Garins as “good and responsible leaders,” said the incident may just be an isolated case.

They must be given due process, she added.

Earlier, Rep. Garin issued an apology after he reportedly mauled, slapped, and spat on PO3 Federico Macaya Jr.’s face. He accused the cop of persuading a complainant not to file a complaint against an individual who assaulted him.

“For me, what the policeman did was a betrayal of public thrust kag klaro nga pag abusar sang iya posisyon,” the representative said.