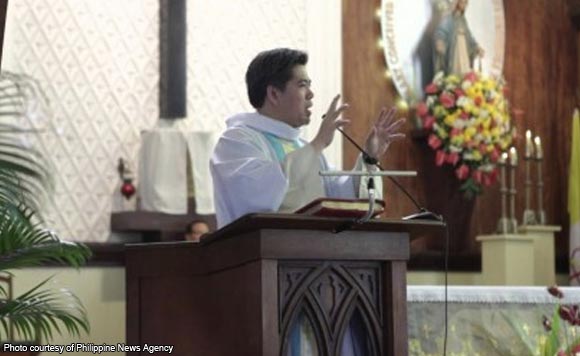 The Roman Curia on Tuesday named a 50-year old head cleric of a regional seminary in Iloilo City as new auxiliary bishop of the Archdiocese of Cebu.

Billones is a native of Panay, Capiz. He earned his degree in Philosophy at St. Vincent Ferrer Seminary in Iloilo City and his doctorate of Theology at the Loyola School of Theology of the Ateneo de Manila University.

The new assistant bishop in Cebu was ordained priest in October 1995. He served as the parochial vicar of the Jaro Metropolitan Cathedral in Iloilo for two years.

The appointment of Billones as “Episcopus Auxiliari” of Cebu came two months after the Vatican appointed Bishop Dennis Villarojo as Bishop of Malolos, Bulacan last May.

Villarojo is scheduled for installation at the Malolos Cathedral on August 21.

Before Villarojo’s appointment to Malolos, he was Palma’s lone auxiliary bishop, after his pair auxiliary bishop, Bishop Oscar Jaime Llaneta Florencio was installed as Bishop of the Military Ordinary, overseeing chaplain services to military and the police.

As new archdiocesan auxiliary bishop assisting Palma, Billones will help in running the Archdiocese of Cebu, which is considered as the largest archdiocese in Asia in terms of population of Roman Catholics, members of clergy, and men and women who consecrated themselves under the vow of chastity, poverty, and obedience in religious orders and congregations.

Reportedly, around 88 percent of the 4.6 million population of Cebu are Roman Catholics.

The Diocese of Dumaguete covering the provinces of Negros Oriental and Siquijor, and the Dioceses Tagbilaran and Talibon in Bohol are under the ecclesiastical care of the Archdiocese of Cebu. (PNA)