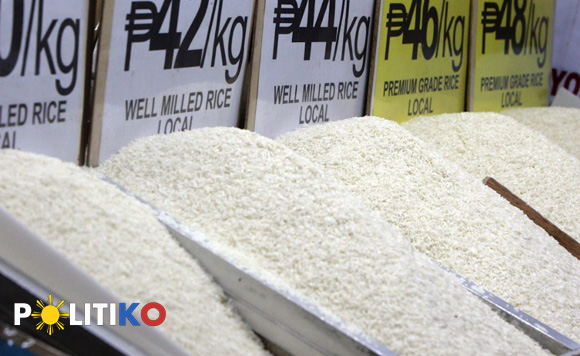 0 76
Share
Want more POLITIKO News? Get the latest newsfeed here. We publish dozens and dozens of politics-only news stories every hour. Click here to get to know more about your politiko - from trivial to crucial. it's our commitment to tell their stories. We follow your favorite POLITIKO like they are rockstars. If you are the politiko, always remember, your side is always our story. Read more. Find out more. Get the latest news here before it spreads on social media. Follow and bookmark this link. https://goo.gl/SvY8Kr

Rice is one of the most important staple crops, Iloilo Governor Arthur Defensor Jr. said while expressing concern for the province’s food security.

The provincial government will work to make Iloilo as a leading rice producer
over the following three years, said Defensor.

“We want to be more competitive in rice production. We used to be No. 1. We are now No. 5 in the whole country,” the governor also said. (https://bit.ly/3oa9Q3H)

He counts on the support of the national government through the Department of Agriculture Region 6.

“Let’s us maximize our irrigation potential. Our concrete target is to increase rice production to better manage the price,” said Defensor.

The National Irrigation Administration in Region 6 hopes to complete the P11.2-billion JRMP II in Calinog, Iloilo, by December 2023.