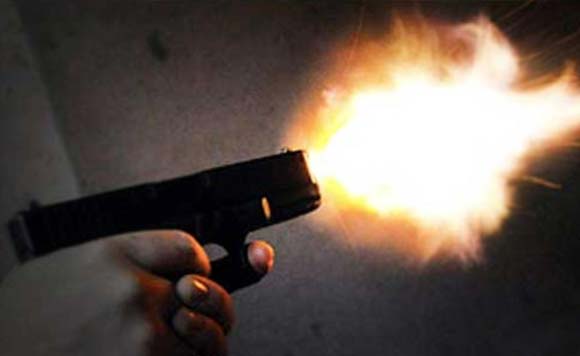 0 3,336
Share
Want more POLITIKO News? Get the latest newsfeed here. We publish dozens and dozens of politics-only news stories every hour. Click here to get to know more about your politiko - from trivial to crucial. it's our commitment to tell their stories. We follow your favorite POLITIKO like they are rockstars. If you are the politiko, always remember, your side is always our story. Read more. Find out more. Get the latest news here before it spreads on social media. Follow and bookmark this link. https://goo.gl/SvY8Kr

The Sangguniang Bayan secretary of the municipality of Sara, Iloilo was shot dead in a buy-bust operation yesterday.

With three gunshot wounds on the chest, Balsomo was taken to The Medical City in Iloilo City for treatment.

Balsomo pulled out a .45 pistol and fired it upon realizing he was being entrapped but failed to hit the asset, said the PDEU chief. Policemen on standby shot Balsomo.

“After we received reports that he was engaged in illegal drugs not only in Sara but also in neighboring towns, we placed him under surveillance,” he added.

Aside from the .45 pistol, a .38 revolver was also recovered from the suspect.