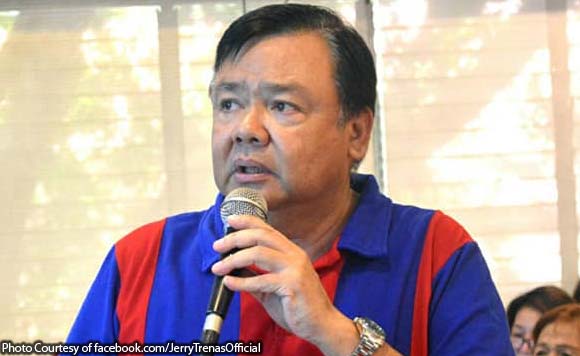 Iloilo City Representative Geronimo Trenas has decided to withdraw his demurrer to evidence which sought the dismissal of charges concerning the construction of the Iloilo Press Club (IPC) office.

The Sandiganbayan 7th Division has issued a resolution which granted his motion requesting to withdraw his demurrer to evidence which challenges the evidence presented by the prosecution during the trial.

Since he was never granted leave to file a demurrer to evidence, Buenaventura would have waived his right to present his defense in the trial had he failed to withdraw.

“This Court is not ready to rule that accused Treñas had waived said right in this case because in the first place, he manifested his intention and willingness to present evidence as can be gleaned from the fact that he sought for the withdrawal of his Demurrer without leave by filing the present motion,” the anti-grfat court ruled.

“Accordingly, the ends of justice and fairness would be best served if the accused Treñas will be given the full opportunity to thresh out the real issues in a full blown trial,” it added.

Under the case, Trenas is accused of giving unwarranted benefit, when he was still mayor, to the IPC which was allegedly received a total of P500,000 from 2003 to 2004 for the construction of an office.

The Office of the Ombudsman which filed the graft case pointed out the funding shouldn’t have been done since the IPC is not among the non-government organizations accredited by the city government.

Because of this, the Ombudsman said Trenas violated the rules of the Commission on Audit (COA).