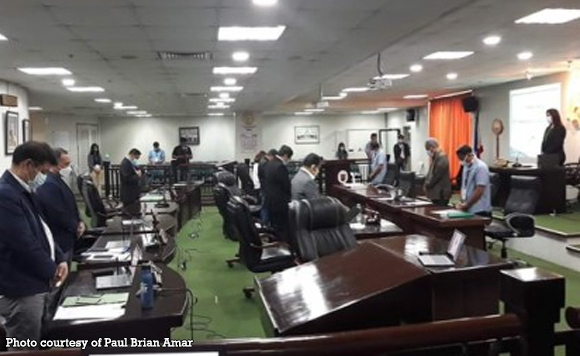 ILOILO CITY – The Iloilo Provincial Board has approved an appropriation ordinance granting the province the authority to use a PHP270-million fund for its response against the coronavirus disease 2019 (Covid-19).

The Provincial Ordinance 1-2020 was passed by the Provincial Board during Wednesday’s special session requested by Iloilo Governor Arthur Defensor Jr.

Fourth District Board Member Rolando Distura, chair of the disaster risk reduction and management committee, said the amount realigned will be allocated to four areas in Covid-19 response.

“The total amount is PHP270,111,458 which will be used in four activities,” he told the Philippine News Agency (PNA).

Of the PHP270 million, PHP55.6 million will be allocated for the purchase of medicine and other medical supplies; PHP1.5 million for petroleum, oil and lubricants for mobility; PHP27 million for food and other assistances; and PHP185 million for assistance to the 43 local government units.

Distura said the fund came from the province’s remaining trust fund from the previous years, the capital outlay, and other unexpended budgets.

“These are the funds that were not utilized and we realigned it through an ordinance,” he said.

He said the governor has based the allocation of the assistance to the local government units, getting the largest chunk of the budget, in the number of households in the province.

“The aid will be proportionate not on the number of villages per local government unit, but per the number of households,” he said.

He said the local chief executive has the discretion on spending the amount to be extended by the province.

As the enhanced community quarantine in the province was extended until April 30, Distura also suggested for the local government units to buy produce of local farmers.

He said the agricultural products can be used for relief aid and can also help the economy.

“We are hitting two birds in one shot. To keep the families at home, you have to provide food in their table and we will stop the spread of the virus,” he said.