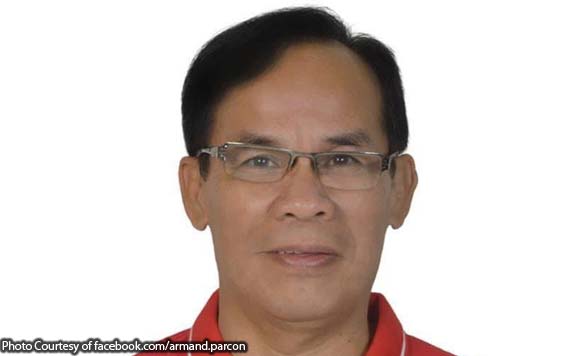 Iloilo City is in mourning over the death of one of its councilors, broadcast journalist Armand Parcon.

Parcon, 59, succumbed to pneumonia Thursday evening, May 23, just after surviving lung cancer and joining the campaign trail for his third and last term.

He had been in and out of the hospital this year, his widow Veronica said. He failed to attend his proclamation as he was bedridden.

Before entering politics, Parcon was a former reporter and commentator of Bombo Radyo-Iloilo.

At the session of the Sangguniang Panlungsod on Friday, fellow councilors expressed their sympathies and sense of loss.

“It’s sudden on our part with the loss a colleague who stood for the people on several occasions. We have a lot of fond memories with him. He is one of the best, if not the brightest among the members of the City Council,” said Councilor Plaridel Nava.

Councilor Candice Tupas added Parcon, a good friend of her husband Lex, “fought a long hard battle more than anyone else could.”

For his part, Councilor Joshua Alim described Parcon as an independent-minded public servant.

Parcon was known for standing for his principles especially in making decisions in the City Council.

He would either vote against a certain resolution or choose to abstain even if his political group decides to do the opposite.

Parcon had five children with Veronica. His eldest is a lawyer with the Public Attorney’s Office while another child is about to finish medicine.

Mayor-elect Jerry Treñas said succession may not apply in Parcon’s case as his National Unity Party will appoint the late councilor’s replacement.

“The party will appoint his replacement which will be submitted to Malacañang for President Duterte’s approval,” he said.