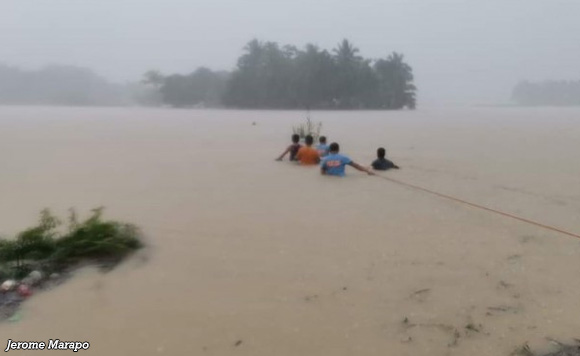 The Sangguniang Panlalawigan (SP) of Iloilo approved on Tuesday a resolution placing the province under a state of calamity due to the extent of the devastation caused by Tropical Depression “Agaton”.

This allowed the provinicial government to utilize P65.9 million from the provincial disaster risk reduction management fund for preventive measures and needs of typhoon-affected residents.

Resolution No. 5 of the Provincial Disaster Risk Reduction and Management Council cited that the flooding caused around P733.3 million in damage to various crops and P185.7 million in destruction to provincial roads and bridges. (https://bit.ly/3vh5BYy)

A total of 11 local government units in the province also declared a state of calamity.

“Of the P65 million, around P44 million will go to agriculture, for fisherfolks, high-value crops, rice and fisheries where the damage was huge,” according to SP’s presiding officer and Senior Board member Rolando Distura.

Distura added that 1,100 families whose houses were damaged by ‘Agaton’ will also receive P10,000 assistance each.

The provision of assistance will be carried out once the election ban is lifted, said Provincial Administrator Dennis Ventilacion.