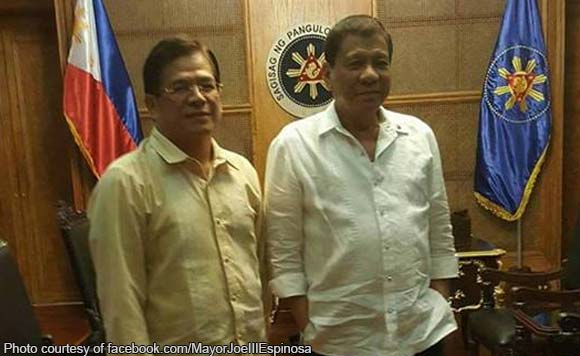 0 296
Share
Want more POLITIKO News? Get the latest newsfeed here. We publish dozens and dozens of politics-only news stories every hour. Click here to get to know more about your politiko - from trivial to crucial. it's our commitment to tell their stories. We follow your favorite POLITIKO like they are rockstars. If you are the politiko, always remember, your side is always our story. Read more. Find out more. Get the latest news here before it spreads on social media. Follow and bookmark this link. https://goo.gl/SvY8Kr

This was the promise of Iloilo City Mayor Jose Espinosa III, if President Rodrigo Duterte agrees to grace the Dinagyang Festival.

Espinosa, who replaced Jed Patrick Mabilog, said the opening will just include the singing of the national anthem and a prayer before he declares Dinagyang open.

There will be no speeches by local officials, with only Duterte allowed to give one – if he so wishes, he added (https://thedailyguardian.net/banner-news/no-epal-dinagyang-2018-mayor/).

Dinagyang is secheduled on the fourth Sunday of January 2018.

Meanwhile, Espinosa created a special committee headed by City Administrator Hernando Galvez to secure the event. The committee will coordinate arrangements with the Office of the President.