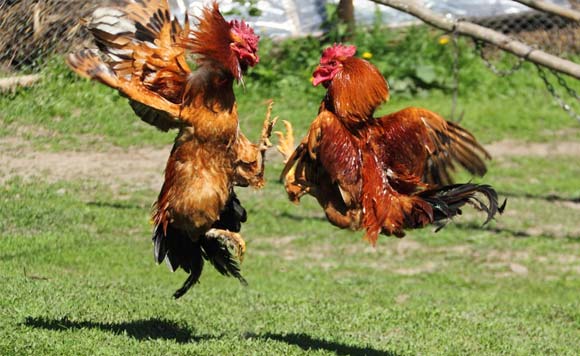 Cockfighting activity in Janiuay, Iloilo has been temporarily suspended.

The Department of Interior and Local Government (DILG) halted the operations of cockpits in the town pending investigation into the alleged online cock derby there.

“We would like to request for an explanation as to the purpose of the camera inside the cockpit to be submitted within three days,” read part of the DILG memorandum addressed to the mayor.

While not confirming the existence of online sabong, Margarico reiterated that the recent cockfight derby was legal.

According to him, the promoter was able to secure a special permit for a six-cock derby from the municipal government.

The national government’s Inter-Agency Task Force approved in early October the resumption of cockfights through Resolution 79.