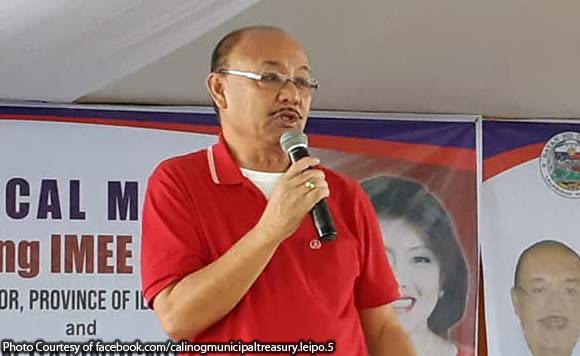 0 985
Share
Want more POLITIKO News? Get the latest newsfeed here. We publish dozens and dozens of politics-only news stories every hour. Click here to get to know more about your politiko - from trivial to crucial. it's our commitment to tell their stories. We follow your favorite POLITIKO like they are rockstars. If you are the politiko, always remember, your side is always our story. Read more. Find out more. Get the latest news here before it spreads on social media. Follow and bookmark this link. https://goo.gl/SvY8Kr

Calinog, Iloilo Mayor Alex Centena and eight other municipal officials have been suspended for 90 days by the Sandiganbayan 7th Division due to a graft case filed against him, Panay News reported.

Their case stemmed from the alleged anomalous purchase of fertilizer in 2004.

“Section 13, supra, makes it mandatory for this Court to suspend any public officer against whom a valid Information is filed charging a violation of said law Title 7, Book II of the Revised Penal Code, for any offense involving fraud upon government or public funds or property,” a portion of the March 6, 2019 resolution read.

“The presumption is that unless the accused are suspended, they may frustrate the prosecution of the case, commit further acts of malfeasance, or do both,” added the resolution signed by Justice Ma. Theresa Dolores Gomez-Estoesta, Justice Zaldy Trespeses, and Justice Georgina Hidalgo.

In 2017, the Office of the Ombudsman charged Centena and others with graft after allegedly giving unwarranted benefits to Feshan Philippines Inc. to supply 666 bottles of Bionature liquid fertilizers worth P999,000.

“The contract with Feshan was sealed through direct contracting and without complying first with the mandatory public bidding as required under procurement rules, therefore causing undue injury to the government,” then Ombudsman Conchita Carpio Morales said.