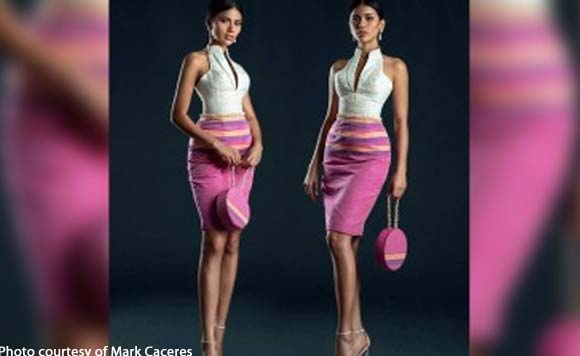 ILOILO CITY — The locally-made hablon fabric from Miag-ao town in Iloilo province has again gained international attention after Miss Universe Philippines Gazini Ganados, who finished at the top 20 of the 2019 Miss Universe pageant, wore a skirt made of hablon.

Ganados used the skirt designed by Ilonggo James Roa in one of her pictorials, Anthony Selorio, Miagao tourism officer, said on Tuesday.

“We are so thankful because the previous committee for Miss Universe is promoting local indigenous fabrics, not only from Miag-ao but from all (other places in the county). The hablon was highlighted because we are one of the chosen to be used in the pageant,” he said.

This was not the first time the hablon fabric was flaunted in the international stage as another Ilonggo designer Nono Palmos had made a hablon top for Miss World Philippines Michelle Dee recently.

Dee wore the hablon top in one of her interviews for the Miss World pageant, he said. Selorio said the use of the hablon fabric in international pageants would boost the promotion of Miag-ao’s fabric and recognize local weavers.

“Weaving hablon fabric takes (a) tedious and intricate process but seeing it being used, not only locally but internationally, brings pride to the town,” he said.

The expanding hablon market entices more Miag-aowanons to join the Miag-ao Hablon Weavers Association. Selorio said there are 369 members in seven weaving centers, excluding those who are still under training for weaving.

“The association expands and it is a blessing for us that orders from big companies from Manila enters in our town,” he said.

The Department of Tourism’s campaign for Iloilo City to become the meetings, incentives, conventions, and exhibitions (MICE) destination in the country also helps Miag-ao in the promotion of the local fabric, he said.

MICE that are being hosted in this city demands for hablon cloth to be used as pasalubong, tokens, lanyards, among others, he noted.