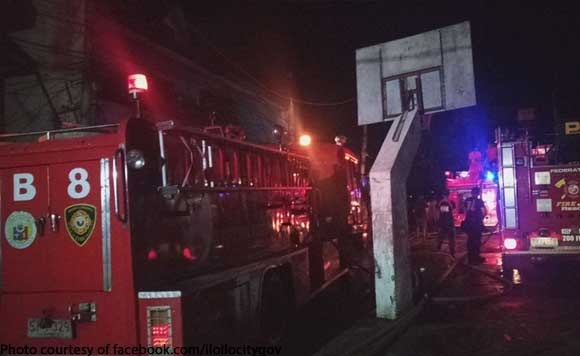 At least one person was killed in at least 77 fires recorded in Iloilo City during Fire Prevention Month, the Bureau of Fire Protection in the city said.

Senior Fire Officer 3 Aquilino Sampiano said the 77 fires recorded this March are more than double the 34 recorded in March 2018.

Of the 77 fires, he said 24 were grass fires, 22 were structural, 21 involved electrical poles, eight were rubbish fires, and two were vehicular fires (https://thedailyguardian.net/local-news/ironic-77-fire-incidents-occurred-in-city-during-fire-prevention-month/).

The most recent fire was recorded March 31 at Zone 12 in Barangay Calaparan in the city’s Arevalo district. It destroyed 13 houses and damaged six more, and caused P750,000 in damage to property.

Damage to property caused by these fires was estimated at P2,801,300, Sampiano said.

Last March 5, a 43-year-old man – Cris Vincent Mauricio – was killed in a fire that burned Barangay Bakhaw in Mandurriao district.

Sampiano noted the fires usually broke out in congested barangays. He said barangays should establish fire brigades to serve as front liners when fires erupt.

Meanwhile, Sampiano said the BFP is open to train capable men, teenagers, or barangay tanods to serve as fire brigades in their respective barangays.

He also encouraged residents to store water in their houses to be used for emergency purposes.

For his part, Mayor Jose Espinosa III announced his plans to put up fire alleys particularly on fire hazardous barangays.