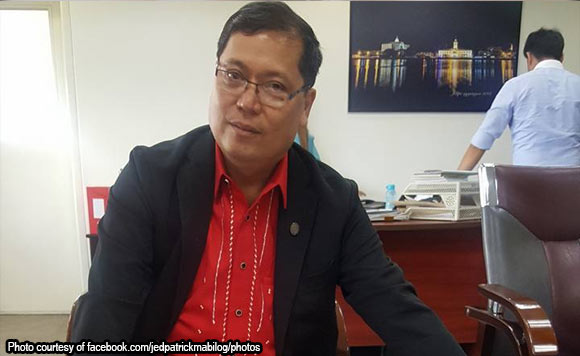 Both of them previously belonged to the former ruling party, Liberal Party.

(My family and I have heartfelt sadness for what happened to him.)

The Office of the Ombudsman earlier ordered the dismissal from service of Mabilog, who was found guilty of serious dishonesty over his alleged unexplained wealth.

The governor, however, pointed out that Mabilog’s case is not yet final.

(It is only temporary. He will appeal the decision of the Office of the Ombudsman before the Court of Appeals.)

Atty. Joenar Pueblo, legal counsel of Mabilog, earlier said they will file a petition for the issuance of temporary restraining order against the dismissal of his client from government.

Meanwhile, Defensor said he is a witness to Mabilog’s efforts that brought significant changes to Iloilo City.

“Mayor Mabilog worked hard. We’ve seen this through the progress of the city under his watch,” he said