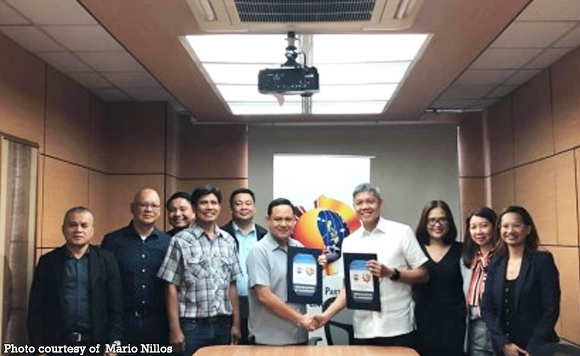 ILOILO CITY — Iloilo Governor Arthur Defensor Jr. has laid down his plans for the projects of the province under a public-private partnership.

This, after Iloilo became the first province in the country to sign a memorandum of understanding with the Public-Private Partnership (PPP) Center under the National Economic and Development Authority on December 10.

Defensor said on Friday the signing formalized the relationship of Iloilo and the PPP Center.

“We have a PPP ordinance that was passed. Now, we want to implement
and make use of it and we are asking the help of the PPP Center to
guide us,” Defensor said.

The joint venture ordinance of the province governs the partnership between the public and the private sector in pursuing certain projects.

The governor bared the budget levels of the province “is not high enough” to support development projects.

Entering into a partnership with the private sector brings in capital in the province, especially with building infrastructures.

“We want a new direction. We will try if we can bring in capital so we can develop our assets and at the same time deliver the services needed, with the private sector, so we can elevate our level,” he said.

Defensor said the province proposed five projects with the PPP Center, including the creation of the government center, Iloilo’s solid waste management project, putting up a demonstration farm, sports complex development, and the expansion of district hospitals.

Defensor said the government center will be at Santa Barbara town and will hold national government agencies like the Office of Civil Defense, Department of the Interior and Local Government, Department of Environment and Natural Resources, Bureau of Fire Protection, among others.

“We are creating growth centers outside Iloilo City where it is not crowded,” he said.

With the partnership with the private sector, Iloilo is exploring the possibilities to put up an excellent arena at the Iloilo Sports Complex in La Paz district; and develop a demonstration farm in Nanga, Pototan town to become a viable art tourism site.

He said the levels of the 12 district hospitals and a provincial hospital will also be raised, especially with the expansion of its bed capacities, through the public-private partnership.

The solid waste management program of the province will also be forwarded through a partnership with the public sector.

“It’s the only way to afford it because the (waste-to-energy) technology is still not with us,” he said.